Lyme disease is a bacterial infection that humans can fall victim to after being bitten by a blacklegged tick (aka a deer tick).

Lyme is very prominent in the northeastern and midwestern areas of the United States, but cases do pop up in Texas from time to time. Spring and summer are “tick season,” so let’s take a few moments to discuss this debilitating illness.

How do folks contract Lyme disease?

What are the symptoms of Lyme disease?

In its early stages (that is, between 3 and 30 days after being bitten by a tick), Lyme typically manifests as: 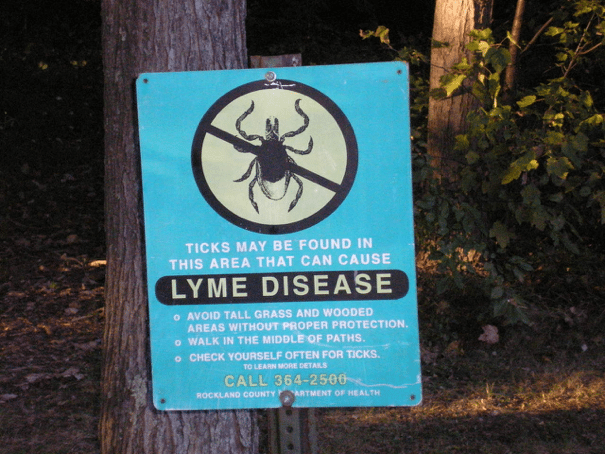 Can Lyme disease be cured?

Yes. Lyme is usually treated with a regimen of antibiotics, and folks who seek treatment when the disease is still in its early stages often make a full recovery within two to four weeks. That said, patients who don’t receive treatment in a timely manner may suffer from symptoms of Lyme months or even years after the disease is “cured.” The most commonly reported symptoms of Post-Treatment Lyme Disease Syndrome or “chronic Lyme” are lingering fatigue and muscle/joint pain.

The most important aspect of Lyme prevention is avoiding tick bites in the first place. So if you’re going to be walking through a rural area where ticks are likely to hide…

I found a tick on my body, so I think I might have been exposed to a tick-borne illness. What do I do now?

First of all, try not to panic. Keep in mind that not all ticks carry diseases, so a single bite does not necessarily mean that you’ll contract an infection. But it is important to act quickly and be proactive:

Texans, don’t make the mistake of assuming that Lyme disease “doesn’t happen” in our neck of the woods. While our risk of getting sick is much lower than that of our friends and family in other areas of the country, we’re not immune to tick-borne illnesses. So while you’re enjoying the spring and summer sunshine, keep an eye out for ticks—and if you start to feel the symptoms of Lyme, then see a doctor immediately!