Reasons to Keep your Cat Indoors

“Is it cruel to make a cat live indoors full-time?”

That question can set off a flurry of debate among cat owners, with folks often feeling strongly one way or the other. Some people genuinely believe that keeping a cat inside and denying it the opportunity to hunt and wander is unethical, while others can’t stand the idea of their cat roaming around with no supervision or protection. 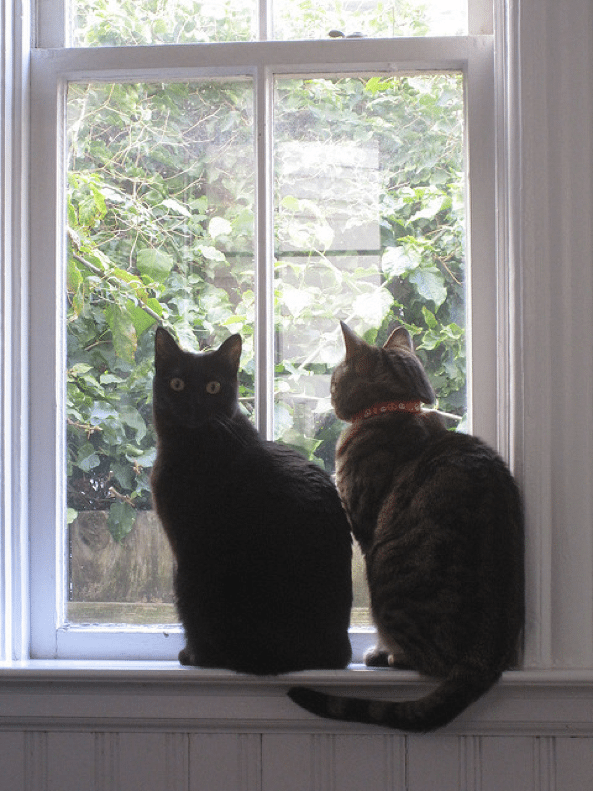 Well, at the risk of offending those in favor of outdoor cats, we’re going to side with both the American Veterinary Medical Association and the Humane Society of the United States on this one: if it’s at all possible, a cat should live indoors full-time. Here are a few reasons why:

The average life expectancy for an indoor-only cat is 12 to 18 years, and some housecats even live to see their 20th birthday and beyond. Meanwhile, the average life expectancy for an outdoor cat is 2 to 5 years. While it’s true that not all indoor-only cats will live to a ripe old age, and not all outdoor cats die young, it’s hard to deny that making Fluffy stay inside will significantly raise his chances of reaching double-digits.

If you were surprised to hear that outdoor cats typically live such short lives, take a moment to consider all of the hazards that these cats have to contend with on a regular basis:

Most of these dangers are completely eliminated when you opt to make Mittens an indoor-only cat. After all, she probably won’t have to worry about predators when she’s sleeping on the living room couch! And even if she still manages to get into one of those “equal opportunity” scrapes, like accidental poisoning (keep that anti-freeze locked up, folks!), you’ll be far more likely to notice that something is amiss quickly enough to help her out.

Life inside a house may not be as exciting as life on the streets, but it’s definitely much safer!

2.) She may be a danger to the environment.

Alright, cat lovers, let’s be honest: our feline friends can be real troublemakers sometimes. Cat pee and poop are notoriously stinky, and the chemical composition of these deposits can wreak havoc on outdoor plants and gardens. They can also contaminate local waterways with dangerous bacteria if rain (or human activity) sweeps them into storm drains. There’s a reason you’re supposed to wash your hands after cleaning Tiger’s litter box, and it’s not to keep your fingernails looking nice!

Another thing to keep in mind is the safety of neighborhood songbirds. Even outdoor cats that are fed enough by their owners may still instinctively hunt small animals, and while rats, mice, and lizards are popular choices, many kitties develop a taste for birds. If you have a birdfeeder or a birdbath in your yard, you may someday look out your window to see a cat staking out the structure, hoping to catch a quick snack! Areas with high concentrations of outdoor cats often see a sharp decline in the local songbird population, which can, in turn, lead to an increase in the pest insect population. Keep your cat inside to ensure that he isn’t contributing to this issue.

3.) “The outdoors” doesn’t stay outdoors when your cat is constantly coming and going.

If a cat has ever presented you with a dead mouse, crane fly, or other small creature, you know firsthand that outdoor cats sometimes like to bring their work home with them. Unfortunately, dead animals aren’t the only things that cats can carry into human homes. Fleas, ticks, ear mites, tapeworms, and ringworm can very easily hitch a ride on an unsuspecting kitty, and these parasites usually have no trouble jumping or spreading onto any furniture, carpets, and bedding that Missy may come in contact with while she’s home. The end result may be an outbreak that spreads to other pets in the household…and possibly humans, too!

There’s no guarantee that an indoor-only cat will never have issues with fleas, ticks, or other parasites, especially if he shares a home with a dog that regularly goes outside for exercise and toileting. However, avoiding the “great” outdoors can do wonders for keeping him—and, by extension, the rest of your family—out of harm’s way.

Housecats may not be quite as tame or social as dogs, but it would be a mistake to treat them like wild animals and assume that they belong in nature. In most cases, it’s possible for cats to be happy, healthy, and adequately entertained without ever leaving the safety of their home—their owners just need to give them the right amount of love, attention, and playtime.

So, to answer the question that we presented at the beginning of this post: keeping your cat “cooped up” inside is not cruel. In fact, it may actually be the kindest thing that you can do for her.