Ways to Help Stray Cats in Your Neighborhood

If you’re a person who genuinely likes cats, then you might find it extremely difficult to ignore any cat who happens to cross your path. And if the cat in question isn’t wearing a collar, looks disheveled, or seems to actively be seeking your attention and assistance, you may find yourself worrying about their safety. Today’s topic is helping stray cats in your neighborhood, so “dog people” might want to sit this one out. If you’re a fan of felines, though, then read on! 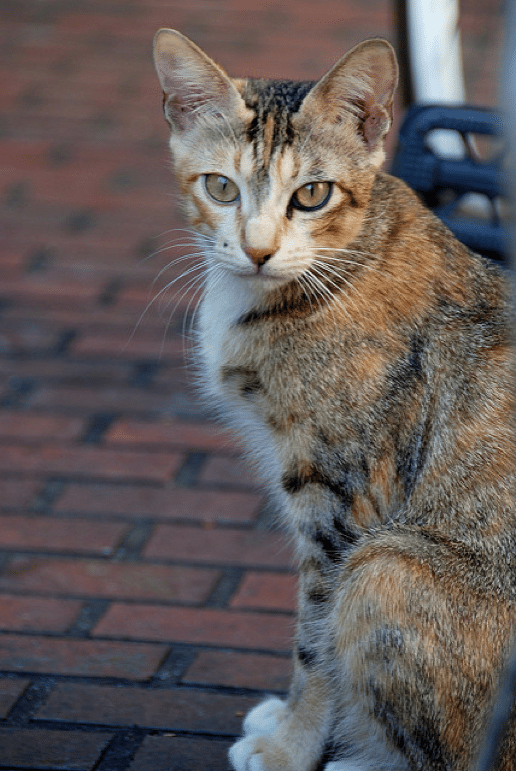 Although folks sometimes use the words “stray” and “feral” interchangeably when they’re talking about cats who lack owners, the two terms are not synonymous. Stray cats and feral cats are very different beasts, and you’d be wise not to mistake one for the other:

It’s worth mentioning that stray cats can become feral if they’re left alone for a very long period of time and eventually lose their familiarity with humans. In the same vein, kittens born to feral mothers aren’t necessarily “doomed” to become feral themselves; if they’re rescued and socialized at a very young age, (ideally before they’re eight weeks old) they can very easily adjust to being housecats.

What You Can Do for Stray Cats

So, say that there’s a stray kitty that you often see wandering around your neighborhood. You’ve checked with your neighbors, and she doesn’t seem to belong to anyone. The cat is friendly and appears to be pretty tame; you’ve even gotten her to come over to you a few times, and she didn’t get scared when you tried to pet her. What can you do?

What You Can Do For Feral Cats

Once again, feral cats don’t want to be rescued—in fact, they’ll probably be frightened or enraged by any attempts to “save” them! However, if a feral cat has taken up residence in your neighborhood and you really want to help him, it is still possible to do so:

Just so we’re clear, you absolutely should not adopt a cat that you aren’t able (or willing) to take care of for the rest of its life. That’s extremely irresponsible, and you may just wind up causing more problems for both yourself and the cat in the long run. But just because you can’t bring a stray (or feral) cat into your home doesn’t mean that your hands are completely tied. Whether your actions are as direct as offering up some food, or as indirect as simply providing a warm place to sleep, any cats you come in contact with will definitely appreciate your efforts!

how to write a social studies essay.