What Do I Do If I Have Bats in My House?

In a recent post, we discussed how to respond when a wild bird gets inside your house. And in another recent post, we talked about a few different bat species that are native to North Texas. Well, our readers can consider this post to be the hybrid offspring of those! Let’s talk about how to respond if you find a bat in your home. 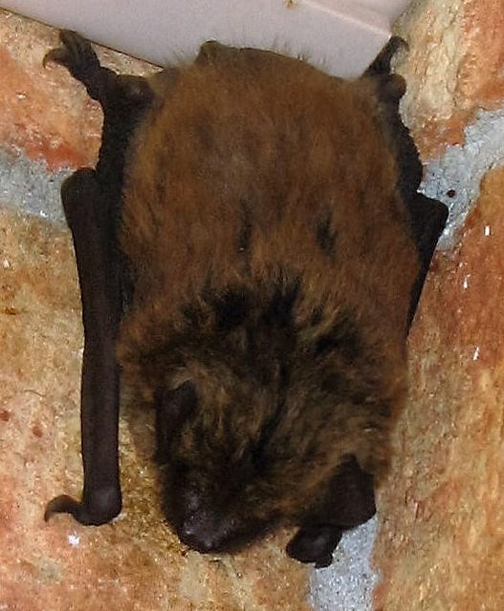 Suddenly spotting a stray a bat in your home can be jarring, but in some cases, you may be able to resolve things on your own. Here are some steps to take:

1. Don’t panic.
While human attics and basements are pretty bat-friendly, our living rooms, kitchens, and bedrooms are usually too bright, too loud, and lacking in protected roosting spots to seem accommodating. In fact, they’re probably downright terrifying to the average bat. If you see one of these animals darting around, squeaking and banging into the walls and furniture, understand that the bat is probably just as upset about the situation as you are. Staying calm can be the key to everyone—human and bat alike—getting through this episode unscathed.

2. After removing all pets (and small children) from the room where the bat is, open all the windows and exterior doors.
You’ll want to keep any interior doors closed; the idea is to keep the bat contained to a relatively small area. Meanwhile, getting both fur-babies and human babies out of the room can help keep them safe from bat bites or scratches, and it can also cut back on the chaos of the situation.

3. Give the bat a chance to leave on its own.
Ideally, the bat will be able to use echolocation in order to find one of the doors or windows you’ve opened up. If you see the bat make a grand escape, be sure to close the doors and windows after it!

4. Help the bat out (at your own risk).
If the bat seems too confused to find an exit or doesn’t seem eager to leave for one reason or another, there are ways to catch it yourself and remove it manually. Lots of folks use butterfly nets, others use the container-and-cardboard trick, and some people have even reported success at trapping the bat inside of a bed sheet or towel. Whatever the technique, the end result should always be to release the bat outdoors—killing the animal is usually unnecessary, and trying to keep it in a cage is an incredibly bad idea. That said, we at Chimney and Wildlife Specialists DO NOT recommend that homeowners try to nab bats on their own. Doing so is a good way to find yourself bat-bitten (more on that in just a moment!).

5. Search the premises.
If you actually saw alone bat enter your home through an open door or window, then this step is probably unnecessary. On the other hand, if you simply discovered the bat inside your house and aren’t sure how it got there, then there’s a chance that you actually have multiple bats living on your property. Take some time to scope out the various nooks and crannies of your home to make sure you’re not the unwitting host of any furry squatters. As we said earlier, basements and attics are prime “real estate” for bats, but they’ve also been known to infiltrate walls and crawl spaces. Our Bat Removal page has some tips for recognizing bat infestations.

6.Get help.
Unfortunately, not all bat-in-the-house incidents can be resolved quickly and easily with the aforementioned steps. If “your” bat takes refuge in a hard-to-reach spot, is sick, is injured, is too young to survive on its own, or is just plain unwilling to leave, your best bet is to call a professional wildlife removal service and have them handle things. Getting an expert involved is also a good idea if you’re not confident that you can guide the bat out of your home without injuring yourself, or if you have reason to believe that more than one bat has set up shop in your home.

Contrary to popular belief, bats do not typically attack humans, nor do they make an effort to get their feet tangled in folks’ hair. Most of them will happily give any people that they encounter a wide berth, and they’re far more likely to flee than stand their ground when they sense danger. Thus, it’s entirely possible to have a close encounter with a bat and not suffer any injuries at all.

Here’s the problem, though: bat bites tend to be small and relatively painless, which means that they’re very easy to miss. It’s not uncommon for bite victims to actually sleep through being bitten, and the wounds are often dismissed as scratches, insect stings, or other trivial injuries. And that’s bad because if a bat is infected with rabies and bites a human, the human can become infected, as well. For humans, full-blown rabies is fatal—not “sometimes” fatal or “usually” fatal; it is, for all intents and purposes, 100% fatal.

So, if you find a bat in your home and there’s any chance that it has bitten someone, the victim should seek medical treatment immediately. Be especially wary if the bat was found in a bedroom or you don’t know how long the animal has been hanging around inside the house.

Bats are one of those animals that people tend to have strong opinions about; a lot of people find them terrifying or gross, but perhaps an equally large number of people consider them to be fascinating—and maybe even cute. Wherever you fall on the spectrum of bat admiration, though, one thing is for certain: bats do not belong in human homes! If a bat wanders inside of your domicile, you should take action to escort it out ASAP. And in cases of a stubborn squatter or full-scale bat infestations, don’t be afraid to summon reinforcements to help you reclaim your living space.