Does Your Chimney Need to Be Re-Lined?

When it comes to maintenance and recognition for chimney components, chimney liners often get the short end of the stick. Despite the critical role that they play in protecting our chimneys from damage, we tend to not pay much attention to them. And that’s bad because a “troubled” chimney liner can lead to some serious structural damage in your home. 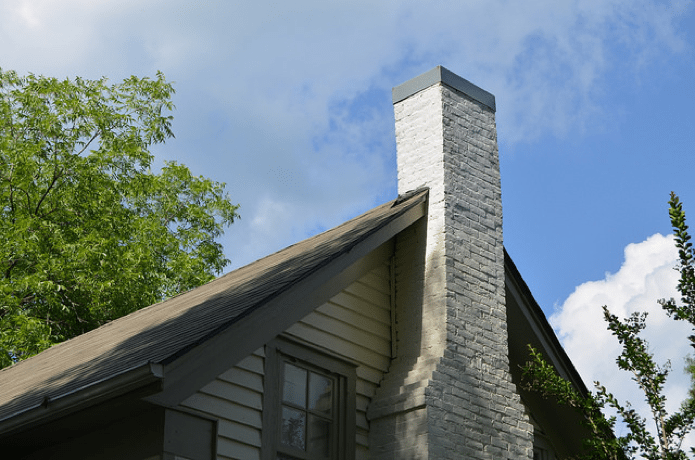 So, what is a chimney liner, anyway? And why is it so important? Does yours need some TLC? Keep reading to learn the answers to these questions and more!

The Straight and Narrow

As its name implies, a chimney liner (also called a flue liner) sits inside the body of the chimney and acts as a buffer between the inner walls and any foreign substance that may wind up inside the flue. Liners are important for a few different reasons:

It’s worth mentioning that some older homes (that is, ones that were built more than a few decades ago) don’t have liners in their chimneys. And if you’ve been using a liner-less chimney for years without noticing any issues, then you may be tempted to just leave it alone. But consider this: if you got home from running errands one day and realized that you’d left the stove on all afternoon, would you turn it off immediately and thank your lucky stars that nothing caught on fire while you were gone…or would you just leave it on because nothing’s been set ablaze yet? The longer you keep your chimney unlined, the more you tempt fate. Don’t put yourself in that position!

The average homeowner does not spend a lot of time crawling around inside their chimney. It’s 2017, after all, not 1817! But this also means that the average homeowner is not very aware of the state of their chimney liner. So unlike, say, a busted doorframe or a loose floorboard, cracks and other damage to the liner can remain hidden for an extended period of time. And issues that go unnoticed tend to become worse instead of better.

The good news is that there are some things that you can keep an eye out for to make sure that your chimney is not experiencing any issues. For example:

Keep in mind that the above situations can be caused by a number of different chimney issues, so you shouldn’t necessarily assume that the liner is the problem whenever your chimney starts “acting up.” At the same time, though, you should never ignore these problems! If you address them as soon as possible, you may be able to save yourself from having to do more serious (and costly!) repairs in the future. And that brings us to our next point…

The absolute best thing you can do to keep your chimney working safely and efficiently is to have it inspected annually by a professional chimney sweep or technician. They’ll be able to spot problems with your chimney liner long before it starts to cause issues on the ground (or inside the walls). And if your chimney currently lacks a liner, or has one that’s damaged to the point of needing replacement, they’ll be able to give you expert advice on how you should proceed.

When you’re having a new liner installed, you essentially have three different options:

A chimney inspector will be able to come up with a solution that suits your needs and your budget.

When people think about chimneys, they often don’t give much consideration to flue liners. And that makes sense; if a chimney liner is functioning properly, then a homeowner doesn’t really have a reason to think about it. But these structures are not invincible or impenetrable—and they may need to be fixed or replaced to remain in good, working condition. So please, folks: take care of your chimney liner. That way, it can take care of you!