What are your thoughts about ivy and climbing vines on the exteriors of houses and chimneys? While many homeowners are ambivalent about this particular aesthetic, others absolutely adore it. For some folks, there’s just something about a home covered in greenery that says “classic,” “antique,” and maybe even “storybook-esque.”

Now, beauty is in the eye of the beholder, but we can probably all agree that there’s nothing “pretty” about serious structural damage to our homes and property. But here’s the bad news: ivy and climbing vines often go hand-in-hand with this kind of destruction. Having foliage on your home’s exterior or chimney isn’t always a terrible thing, but it has the potential to cause problems in the long-run. Read on to learn more about this phenomenon, and more importantly, what to do if you find yourself vexed by vines. 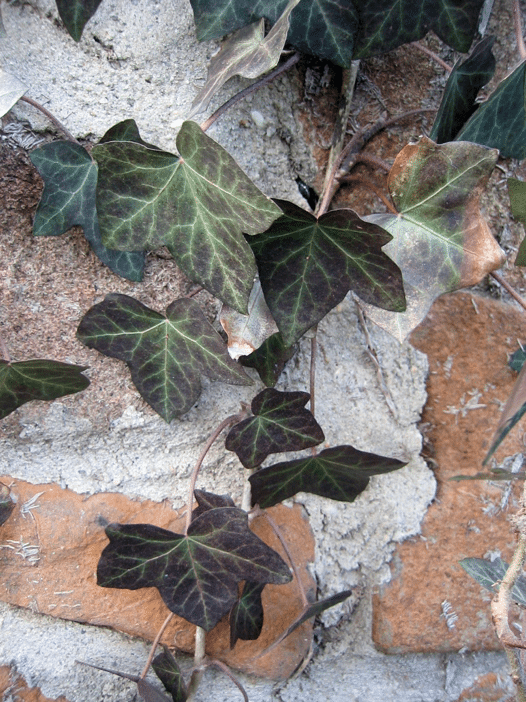 There are two major problems with having climbing vines on your chimney:

First of all, it’s not uncommon for ivy plants to become stronger than the mortar holding your chimney together. English ivy and climbing hydrangea, two common choices for decorative vegetation, have complex rooting and anchoring systems that enable them to cling to surfaces with surprising tenacity. These roots have no problem infiltrating even small cracks and cavities in brickwork, and as the plant grows, vine tendrils can enlarge and worsen these imperfections. Over time, the ivy may compromise the structural integrity of your chimney. Older homes (specifically, those constructed prior to 1930) are especially vulnerable to this issue, but newer homes certainly aren’t immune to it.

The second problem is that dense plant coverage is often very good at hiding damage to your chimney that would otherwise be clearly visible. Cracked mortar and loose flashing are both easy to miss if they’re concealed by greenery, and when it comes to chimneys, spotting problems early is one of the keys to avoiding safety hazards and/or costly repairs. Thick foliage can also camouflage mice and pest insects, and you certainly don’t want those setting up shop on your property!

If you have climbing vines on your chimney and need to know whether or not they’ve caused any damage, then your first impulse may be to climb up onto the roof of your house and start yanking down plants by the handful. Please resist the urge to do this! When bricks and mortar have been badly weakened or cracked by the presence of vines, removing said vines haphazardly can cause even more harm to the structure. If worse comes to worst, you may even watch your chimney crumple like a giant Jenga tower! So instead, call a licensed, professional chimney repair service and explain the situation. They’ll have the tools and knowledge to examine, evaluate, and—if necessary—repair the chimney in a safe manner.

Now, if you really love the look of a plant-covered house or chimney, then there are ways to safely pull off this decorating motif:

When properly installed and maintained, ivy and climbing vines can be a natural, classic way to add to your home’s beauty. When improperly installed and maintained, though, they can be a costly and potentially dangerous problem to deal with. If you’re planning to introduce vines to your chimney, please make sure that you’re using a kind that won’t cause issues later on. And if your chimney is currently covered in greenery, try to remember when you last had the structure examined for damage. All chimneys should be evaluated professionally at least once a year as part of routine home maintenance. But for chimneys enrobed by vegetation, an annual inspection is especially important!

Tony, owner and operator of Chimney and Wildlife Specialists, has a big heart for rescuing wildlife and returning animals back to their natural habitat. When Tony is not climbing up a roof, he loves spending time with his beautiful family and their two dogs.
http://chimneyandwildlife.com/video-games-do-not-cause-violence-essay.