Fences and Barriers to Keep Out Wildlife

Fences and Barriers to Keep Out Wildlife

Unless you live in a very rural area with lots of land to your name, then chances are, you have some kind of fence surrounding your property line. Man-made barriers are usually constructed as a way to promote privacy and prevent others from wandering into our yards, but unfortunately, the same techniques that we use to deter humans don’t always work on animals. Case in point: while your neighbor may have a “NO TRESPASSING” sign, skunks generally ignore posted warnings.

(Not because they’re ill-mannered, of course. They just can’t read. Try not to hold it against them!)

Our point is that property fences and barriers around outdoor structures can be a relatively effective means of preventing infestations, but only if they’re installed with the idea of pest control in mind. For example… 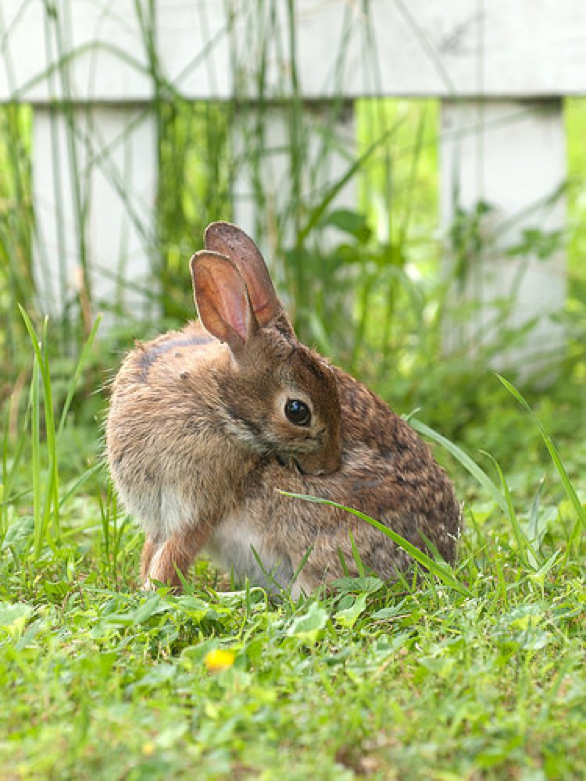 First things first: the goal of building fences or barriers should be to keep animals out of your home or off of your property. It should not be to trap animals inside a structure. Having a family of live raccoons hiding out under your backyard deck is bad, but having a family of dead raccoons decaying under your deck is arguably even worse.

If you have reason to believe that you’re currently in the thick of an infestation situation, do not respond by simply building a fence and letting the chips fall where they may. Removing the animals—either on your own or with the help of a trained professional—should always be your first step. A common strategy is to build a partial barrier with a single, conspicuous exit, allowing the animals to get out, and then blocking the route completely after there have been no signs of activity (e.g., noises, scratching, displaced dirt or grass) for several days. Alternatively, you can build a barrier with a one-way door, so that critters can’t return once they’ve left to get food or gather resources.

When folks build fences, they often wonder if the structure they’ve constructed is tall enough to deter intruders. However, it’s also important to consider whether or not the structure is deep enough to deter intruders. A lot of pest critters have no problem burrowing under fences or walls, so if you’re not careful, you may wind up providing an extra-safe shelter for the animals that you’re trying to get rid of.

Instead of creating a fence that sits directly on the ground, consider extending it downward by an additional six to twelve inches. This bottom part doesn’t need to be particularly “pretty,” as you’re going to cover it with dirt or other materials. But that extra length can convince animals trying to dig under it that doing so is a futile endeavor.

Want to take this whole thing one step beyond? In addition to burying part of the fence, build the structure into an ‘L’ shape with the foot pointing outward (that is, away from your property). Even tenacious critters will usually get frustrated and walk away if their efforts to burrow are met with a double-whammy of resistance!

Picket and wrought-iron fences are pretty, and rail fences give off a “rustic” vibe, but neither do a very good job of concealing your property from the outside world. And although most animals rely on their noses more than they rely on their eyes, the sight of a garden full of vegetables or a large, covered shed can be extremely hard for them to resist. If you’re serious about keeping wild animals away (and, likewise, keeping pets close), a solid fence with no gaps between individual boards is a wise choice. Not only do they deter prying eyes, but they’re more difficult to breach.

Interestingly enough, “combination” rail fences exist. Instead of the gaps between the individual posts being completely empty, they’re filled in with wire mesh. From a distance, the fence often appears to be constructed traditionally; it’s only when a potential intruder gets close that they find that simply wriggling through the gaps is unfeasible. For many homeowners concerned with form and function, combination rail fences are the best of both worlds!

It’s worth mentioning that if you live in an area with a Homeowner’s Association, you should always check any relevant bylaws before beginning a major construction project. Most HOAs have policies about the height and style of fencing allowed in the neighborhood, and while you may have a perfectly legitimate reason for digging a shallow trench in the alley behind your fence line (“I’m adding an L-Footer! I’ll fill the holes in when I’m done!”), your neighbors might not be pleased with the mess. Tread lightly, folks!

Protecting your property from critters isn’t exactly rocket science, but it can be a bit overwhelming or confusing if you’re just starting out or don’t know exactly what you need. Pulling the job off can also be complicated if you’re already dealing with an infestation and need to fix that before you take any further action. Fortunately, you don’t have to do it alone—Chimney and Wildlife Specialists is happy to help however we can!