If you’ve ever been camping, then chances are, you’ve cooked food on a campfire at least once. There’s just something about a hot dog or a marshmallow roasted over an open flame that seems rustic and fun! With cold weather fast approaching, most of us will be saying goodbye to camping and similar activities…but must we also say goodbye to campfire cooking, as well?

Maybe not. Modern-day fireplaces are often only used for providing warmth and ambience, but many of them can serve a culinary purpose as well. Not all fireplaces should be used for preparing food, though, so read on to learn whether or not you can consider hosting an indoor weenie roast this winter: 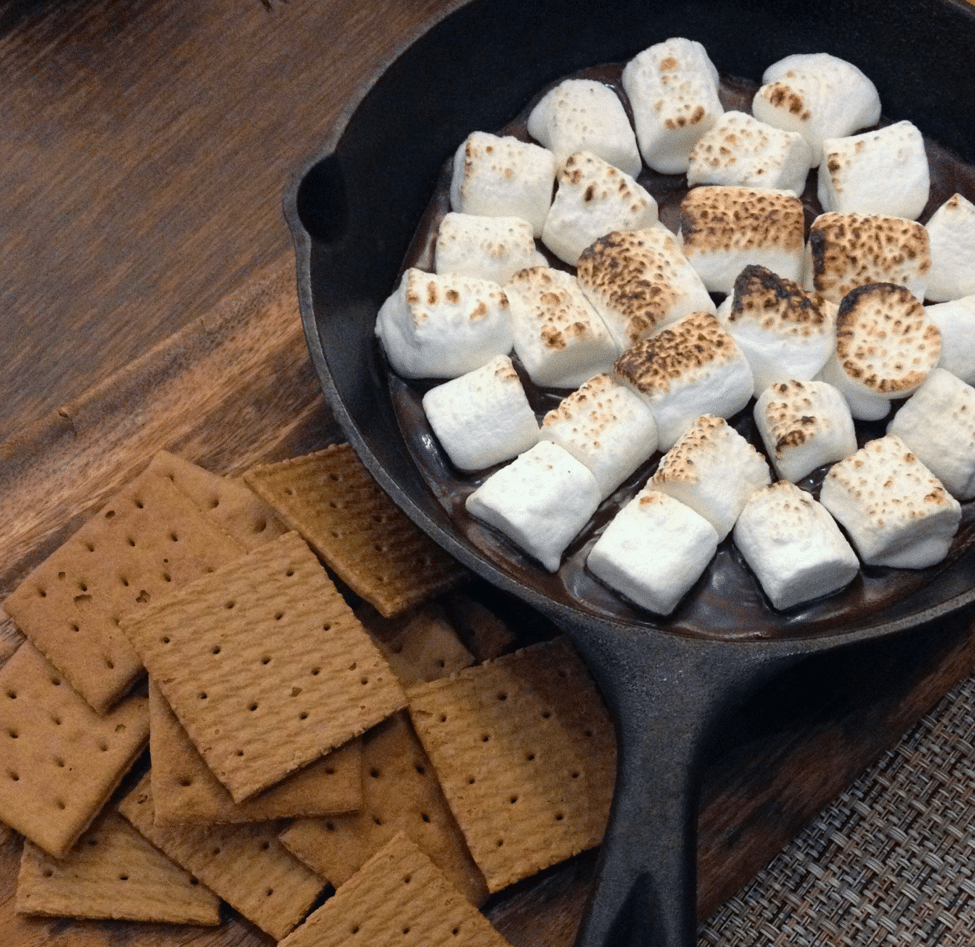 If You Have a Gas Fireplace…

Then you probably should not attempt to cook food inside of it. While the idea of working with a consistent, hot flame might be appealing to some folks, doing so is actually unwise for a handful of reasons:

To be fair, some folks have reported success cooking with their gas fireplaces, but their techniques usually involve using a closed cooking vessel (like a pot with a lid) and carefully balancing the vessel on top of the ceramic logs. Still, we simply cannot recommend gas fireplace cooking. It really seems to be much more trouble (and risk) than it’s actually worth.

If You Have a Wood-Burning Fireplace…

Then it is very possible to cook food inside of it! However, you must exercise caution in order to perform this activity safely. Here are some tips to keep in mind:

The answer to the question of, “Can I cook food in my fireplace?” really relies on two different factors. The first is the type of fireplace in your home; wood-burners are usually fine, but gas-burners are probably ill-suited for such a task. The second, meanwhile, is whether or not you’re willing to put forth the effort to cook the food safely and effectively. Roasting edibles over an open flame can be fun, but it can also be dangerous. So please take fireplace precautions seriously, folks!

When done correctly, fireplace cooking can be a fun activity for a cold night. But if you’d like to err on the side of the caution, it might be best to just heat hotdogs on a stovetop…or make s’mores in the microwave.