Reasons You Should Hire a Professional to Handle Infestations

When a city- or suburb-dwelling human realizes that their home has been invaded by wildlife, they can have a wide range of reactions. Some people call an exterminator immediately and make plans to stay at a friend’s house for the week. Other folks do some investigating but leave any direct confrontations to someone else. And a few adventurous individuals will actually put on safety glasses and gloves, arm themselves with a tennis racket or baseball bat, and try to get rid of the animal(s) on their own. 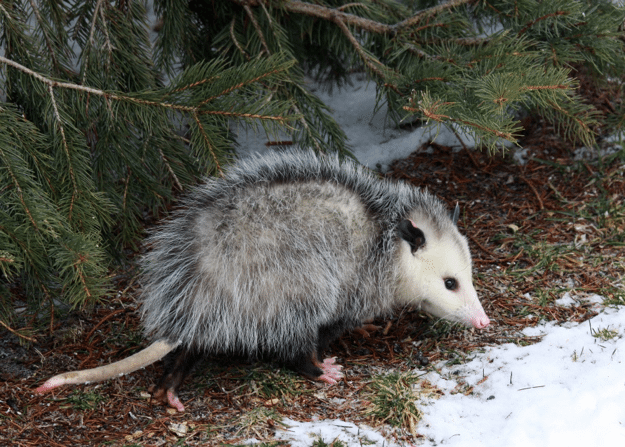 If you’re in the last category (or maybe even the second one), then a “monster hunt” might seem a bit thrilling. However, don’t rush into battle just yet. Here are three reasons that you should seriously consider hiring a professional instead of trying to fix the problem yourself:

Removing Wildlife Can be Dangerous

No doubt about it—certain urban-dwelling wild animals are pretty darn cute. Squirrels have fluffy tails, raccoons have adorable bandit masks, and even mice and rats have wiggly whiskers and noses. Though you may not want critters living under your patio, it’s hard not to feel a little bit of sympathy for them. You might even think that all it will take to get them off of your property will be speaking with a firm voice and pointing toward an exit—no need to be unreasonable, here!

But contrary to what cartoons might suggest, most wild animals are not interested in befriending humans, and they’re often willing to stand their ground in order to avoid eviction. It’s not uncommon for animals to fight back with teeth or claws when they feel threatened, so a person who tries to remove a raccoon or squirrel from their attic can very easily wind up with serious bites and scratches. And because unvaccinated animals sometimes carry diseases like rabies, toxoplasmosis, and leptospirosis, a not-so-happy encounter with a critter may warrant a trip to the hospital.

Wildlife removal specialists who deal with pest animals on a daily basis tend to have an extensive knowledge of critter behavior, which means that they’re less likely to be caught off-guard when a skunk tries to make a scene. They’ll also have safety techniques and first aid procedures to stay one step ahead of their furry foes. Overall, the odds of a professional leaving the situation unscathed are much better than the average person’s, so there’s really no need for you to try to “be a hero.”

Do you know how to correctly set up and bait a large animal trap? Can you identify any and all points of entry in your home, no matter how small? Are you 100% confident in your ability to identify what kind of animal you’re dealing with based on its droppings, footprints, or the type of damage it leaves in its wake? Most folks would probably answer “No, not really” to at least one of those questions. Someone who deals with infestations of wild animals for a living, on the other hand, would know this information and much more. When you pay a professional, part of what you’re paying for is their years of training and experience in the field. The technician will also have access to technology (specialty traps, catch-poles, non-poisonous bait, etc.) that most folks don’t keep in their garage. These are the advantages to hiring a professional in nearly every industry, and the wildlife removal “game” is no different.

In addition to an expert being able to evict animals with minimal danger to the homeowner and the homeowner’s property, they’ll also be able to perform the eviction with minimal danger to the animals. A reputable wildlife removal specialist will operate in a safe, humane manner. Whenever possible, larger animals will be captured and then released back into the wild instead of simply being killed. A professional will also avoid leaving behind orphaned babies that will likely starve to death without their mother or family group. Whether you’re a self-identified “animal lover” or just someone who’s uncomfortable with unnecessary violence, the notion that any four-legged squatters are simply being relocated—instead of exterminated—will let you sleep with a clear conscience.

A Removal Job Must be Done Correctly to Have any Effect

If you noticed a large amount of water on the floor every time you walked into your kitchen, would you simply sigh and clean up the mess day after day, or would you actually search for the source of the water? Most homeowners would take the latter option; we’d rather find the root of the problem and resolve it there instead of constantly dealing with the aftermath.

The same logic applies to wildlife removal. It’s possible to chase away a nest of squirrels that has set up shop in your attic, but if you don’t plug up the tiny hole in your house’s roof that they’re using as an entry point, then those squirrels (or a different family of squirrels) will be back soon. You can eliminate most of the rats in your attic with DIY traps, but the clever ones who figure out how to disarm the traps and eat the bait will continue multiply. And if you get rid of the large raccoon in your basement but miss the babies that she had with her, the kits will either continue to live in your home or die within the walls—either way, you’re going to have an unpleasant mess to deal with.

When a professional is called to handle an infestation, a full home inspection is usually included as part of the job (and if it isn’t, then take your business elsewhere). Not only will the specialist make absolutely certain that they’ve removed all of the invaders, but they’ll also try to determine how this happened in the first place and suggest a proper course of action. In short, they won’t just render your home pest-free—they’ll do their best to ensure that it will stay pest-free.

If the scratch, scratch, scratch of an animal running around in your attic at night is causing you to lose sleep or a pushy opossum has left your kids afraid to play in the backyard, then you’ll want to address the issue as soon as possible. However, speed isn’t enough; you must address it the right way, too. Most of us are capable of shooing the occasional feral cat or lone squirrel from our backyards. In the case of a major infestation, though, it’s best to bring in the “big guns.”