5 Most Common Animals Removed From Homes

A skittering or scratching noise in the attic or chimney is usually a homeowner’s first clue that their home has been infiltrated by wildlife. Some folks are ready to blame mice the moment they hear something stirring, but to be fair, it’s not always skinny-tailed rodents that take up residence in human homes. So, before you respond to the pitter-patter of tiny animal feet by setting out a cheese-baited trap, here’s a list of the five most common offenders: 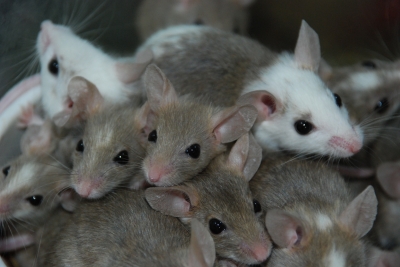 Mice and rats can make great pets, but that’s only if they’re the tame, “fancy” kind. If wild ones invade your house, you’ll want to evict them as quickly as possible.

Rats and mice have three main characteristics that make them formidable foes for homeowners. The first is that they usually don’t need a large entry point in order to infiltrate a building; juvenile rats can squeeze though an opening the size of a quarter, and mice only need a hole the size of a dime. The second is that they’re prolific breeders, so a very small infestation can turn into a huge problem very quickly. And the third is that they’re surprisingly destructive for their tiny size; mice and rats have been known to chew through drywall, insulation, electrical wiring, and plastic piping. This “actively destructive” behavior is in addition to more passive hazards, like leaving disease-transmitting urine and feces around the house and transporting fleas in their fur.

Squirrels are rodents, like rats and mice, and probably one of the few animal species that can match them for sheer destructive capability. Like their infamous cousins, squirrels are capable of chewing through drywall, insulation, and electrical wiring as they make their nests, but their unique ability to climb trees and leap relatively long distances means that it’s fairly easy for them to infiltrate a building through the roof. While squirrels generally don’t carry rabies, they can introduce fleas and ticks in to your home, and their urine and droppings can transmit salmonella to humans. Squirrels also tend to hoard food; the sound of their constant scampering back and forth as they make “snack runs” can be annoying to humans, and their stockpiles can attract more pests (including additional squirrels!).

Fun fact: it’s actually extremely uncommon for opossums to carry rabies. They have sturdy immune systems and a naturally low body temperature (94-97°F, compared to a dog’s 101-102.5°F), and those factors make it very difficult for the disease to incubate in their bodies. Most of the time, when people report seeing a “rabid opossum,” they’re falling for an act (one that involves hissing, drooling, and swaying) that opossums deliberately put on to deter predators.

That’s not to say that you should roll out the red carpet and try to make “friends” with an opossum that moves into your house, though. Even if it doesn’t happen very often, opossums—like all mammals—are capable of contracting rabies and passing the disease onto humans via bites. They also have a penchant for harassing and stealing food from pets, as well as urinating and defecating indiscriminately. And, in addition to everything else, they tend to have a strong body odor.

Many folks find bats fascinating, and the creatures also play a crucial role in the ecosystem by gobbling up annoying insects. This includes the mosquitoes that seem to be everywhere during the summer months! However, like all wild animals, it’s much safer to observe them from a distance (or at least from behind the glass window of a zoo exhibit) than to have one operating out of your home.

The biggest hazard when dealing with bats is that their bites are often tiny enough to go undetected until long after the fact. Some folks even sleep through bat bites or never notice the bite wound at all. This is dangerous because bats are very common transmitters of rabies. If you find a bat in your home, especially in an area where people have been sleeping or children might have been exposed to it, go ahead and assume that anyone who could, theoretically, have been bitten by the bat has been bitten. Seek medical treatment for possible rabies exposure immediately!

With their bandit masks, striped tails, and nimble little “fingers,” raccoons usually have no trouble charming humans—especially children. The bad news is that raccoons, unlike possums, are very common carriers of rabies, so much so that the U.S. Humane Society considers them (along with foxes, skunks, and bats) to be a “vector species” for the disease. Leptospirosis and roundworms can also be spread through raccoon urine and feces, and both conditions can make the jump to humans and other animals. If you see a raccoon hanging out on your property, don’t approach it, and if one settles in your attic, do not try to keep it as a pet!

Another major concern with raccoon infestations is that the ones who occupy residential homes are very often females who have (or are about to give birth to) kits. A mother raccoon will defend her babies with extreme aggression, but if something happens to her, then the kits usually can’t survive. Thus, trapping the mother and leaving her babies behind (which commonly happens during “amateur” extractions) essentially condemns the little ones to death. Not only is this cruel, but most of us would probably like to avoid dealing with a handful of dead animals decaying in our attic, walls, or chimney!

Regardless of what kind of creature has decided to “squat” in your home, one thing remains the same: it’s nearly always better to hire a professional to remove the animal than try to deal with the problem yourself. Not only will a professional have the technology and training to make sure that the job is done humanely and safely, but they’ll also know how to do it correctly…and that includes reducing your risk of having more invaders in the future.

how to do a title page for an essay.