Rabies is a viral disease that attacks a mammal’s nervous system. It’s zoonotic, which means it can be passed between different species of animals and from animals to humans. Rabies causes severe neurological and psychological issues in its host, which is presumably why rabid animals are often referred to as “mad.”

For how dangerous rabies is to humans and animals, many folks don’t know much about it. So here’s a brief primer on the virus. Read on to learn how you can spot it, how to avoid contracting it, and what to do if you think you’ve been infected.

What are the symptoms of rabies?

When people hear the word “rabies,” they tend to picture an animal foaming at the mouth and behaving erratically. While these definitely are symptoms of rabies, they’re not the only things to watch out for. 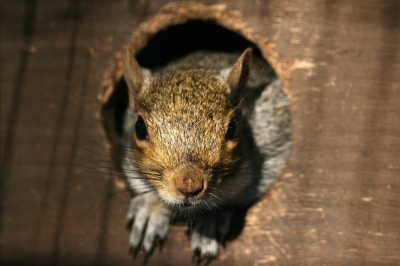 Other warning signs of rabies include:

How do folks contract rabies?

In the vast majority of cases, humans or animals who become infected with rabies get the disease from being bitten by an infected animal. The rabies virus lives in its host’s saliva, and puncture wounds created during a bite allow the contaminated saliva to enter the host’s muscle tissue, travel through their nervous system, and attack their brain. After an incubation period (typically 1 to 3 months, though it can be as short as a week or as long as a year), the virus moves to the host’s salivary glands, and the cycle begins anew.

Rabies is not transmittable through touch alone, and it can’t survive very long in open-air conditions. The virus can sometimes be transmitted when infected saliva or brain tissue comes in contact with another person or animal’s mucus membranes (i.e., the nose, mouth, or eyes). And human-to-human transmission usually only occurs when organs are transplanted from an infected person to a healthy one.

Can rabies be cured?

Not really, no. According to the CDC, there are only 10 recorded cases wherein a person had “full blown” rabies and they eventually recovered from it. When an animal has clinical rabies, euthanasia is usually the recommended course of action. And when a human becomes sick with rabies, there’s not much doctors can do except try to keep the patient as comfortable as possible. Although the virus has a relatively long incubation period, death usually comes 2 to 10 days after the patient starts to exhibit symptoms.

Yikes, that’s bad. Well, what precautions should I take to avoid being infected with rabies?
Good question! There are a few things that you can do to greatly reduce your risk of contracting the virus:

A wild animal bit me, and I think I might have been exposed to rabies. What do I do now?
First of all, try not to panic. Remember that not every wild animal carries the virus, so a nip from a feral cat isn’t an automatic death sentence. In fact, actually being bitten by a rabid animal isn’t even a death sentence! While it’s true that clinical rabies (that is, a case of rabies that has progressed to the point of the victim showing symptoms) is nearly always fatal, prompt medical attention can stop the disease in its tracks. So, if you suspect that you’ve been exposed to the virus, take immediate action:

Remember: once a person or animal starts to show symptoms of rabies, there’s not much anyone can do for them, and the disease will kill them within a few days. However, prompt treatment after a bite from—or exposure to—a rabid animal is almost always effective at stopping the virus in its tracks. And it’s fairly easy to avoid being exposed to the virus in the first place if you take appropriate precautions.

When it comes to rabies, an ounce of prevention is worth a metric ton of cure!