In case it’s not obvious, at Chimney and Wildlife Specialists, we’re big fans of safety. It’s why we encourage homeowners to have their chimneys inspected annually, and it’s why we tell folks to not mess with wild animals. We want for people to be able to enjoy using their fireplaces and admiring wildlife, but not if it’s going to put their health and wellbeing at risk! 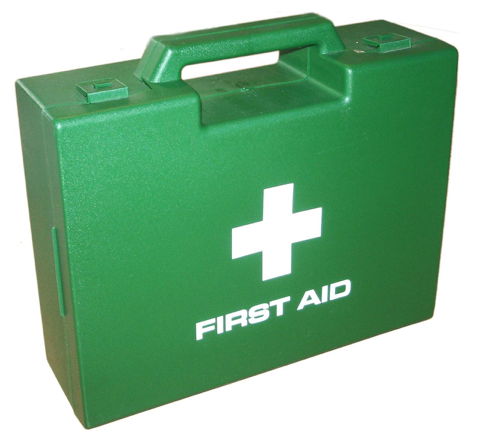 We often discuss animal encounter first aid, but chimney/fireplace first aid tends to receive less coverage. So, in the interest of fairness, here are four common threats that you may encounter when using these fixtures, as well as tips for coming out on top:

Scenario 1: Somebody touched a hot item (e.g., fireplace tongs, the glass screen, the fire itself) and got burned.

Burns resulting from momentary contact with a heated object are generally minor, meaning that they just result in red, swollen, or painful skin at the site of the injury. Unless these burns cover a large area of the hands or feet or are located on the face, groin, buttocks, or major joints, the best course of action is to simply flush the area with cool (not cold or icy!) tap water for 10 to 15 minutes. Holding a damp towel to the injury works, as well. Afterwards, a commercial burn cream or aloe vera gel/lotion can provide topical relief, and over-the-counter painkillers (like ibuprofen, naproxen sodium, or acetaminophen) can help with pain. Keep an eye on the burn to verify that it isn’t getting worse as time goes on.

Burns resulting from someone’s clothing/hair catching on fire or direct contact with an open flame are another matter entirely; they often yield red and white blotches on the skin, large blisters, severe swelling, and an overall “charred” appearance. In these cases (and in cases of minor burns on sensitive areas), the victim should receive emergency medical treatment immediately. After calling 911, you can assist the person by removing their restrictive clothing (e.g., belts, necklaces, watches), elevating the burned area, and loosely covering the injury with a cool, moist bandage or a clean, damp cloth.

Scenario 2: Somebody slipped/tripped and bonked their head the fireplace brickwork.

Let’s be clear: it is possible to die suddenly (or at least suffer brain damage) from whacking your head on a hard surface. For that reason, your home should definitely have a “no running or roughhousing around the fireplace” policy. And any time that a person hits their head and loses consciousness, they should go to a hospital—no if, and, or but. With that in mind, instant death via head injury isn’t nearly as common as Hollywood films would have us believe. Though the sight of someone bleeding from their head or face can be scary, it’s not always a sure sign that the situation is dire!

If the victim is bleeding from the area of impact, then your first course of action should be to apply direct pressure to the wound using a bandage or clean cloth for 5-10 minutes. If the bleeding stops on its own, then the cut is probably not deep (and thus does not require stitches, unless there are aesthetic concerns about scarring). If bleeding persists, though, then a trip to the hospital is in order. An ice pack or ice cubes wrapped in a towel (not applied directly to the skin!) will help sooth bumps and bruises at home.

Meanwhile, be on the lookout for signs of internal injuries. Symptoms of a concussion include nausea and vomiting, fluid oozing from the eyes or mouth, unequal pupil size, blurry or double vision, dizziness, confusion, difficulty walking or maintaining balance, uncharacteristic belligerence or weepiness, sudden drowsiness, and lapses in short-term memory. A person who exhibits any of these symptoms needs to see a doctor A.S.A.P., even if they insist that they’re “totally fine” or “just need to rest for a second.” Also, they must be taken to the ER in an ambulance or driven there by someone else, as a concussed person should NOT drive a car under any circumstances!

Scenario 3: Somebody ate a piece of ash that they found in the fireplace.

Babies and toddlers have a knack for sticking random objects in their mouths, and older kids and intoxicated adults will sometimes eat non-food items out of curiosity or on a dare. Thus, there may come a day when you see some tell-tale soot on the lips and hands of someone standing near the fireplace!

The good news is that, while a person shouldn’t consume fireplace ashes on a regular basis, ingesting a small amount one time usually isn’t very serious. And anyway, ash tastes so bitter that a person is far more likely to spit the stuff out rather than swallow it. This is especially true for children, who are typically more sensitive to bitter flavors, anyway. If someone does swallow ash, they should drink a large glass of water or milk to wash it down and stay out of the fireplace for the rest of the night. Further action isn’t needed unless the victim starts to show signs of GI distress, difficulty breathing, or symptoms of poisoning.

Scenario 4: Somebody began coughing, gasping, or complaining that they “can’t breathe” after an improperly vented chimney belched a large amount of smoke into the room.

Anytime someone is near a fireplace and starts to feel short of breath, dizzy, or just generally unwell, they should vacate the area and get some fresh air—preferably outdoors. Both smoke and carbon monoxide inhalation can be deadly in large amounts, so please take this threat seriously!

In most cases, a few minutes of breathing in clean air should be all the victim needs to feel better. However, people with asthma or other bronchial disorders might need the use of a rescue inhaler to stop wheezing. If one is unavailable and the victim continues to experiencing breathing problems, they may need emergency medical attention. Call 911, and until the ambulance reaches your location, do your best to keep the person calm. And if they stop breathing completely or become unresponsive, performing CPR until help arrives may be their best chance of survival.

It is our sincerest hope that you never have to use any of the procedures we outlined in this post. In a perfect world, fireplaces and chimneys would only ever be sources of warmth and ambience—never harm. But accidents can and do happen, so it’s critical that you know how to respond in emergency situations. You don’t need to be afraid of your chimney—having a healthy respect for it is sufficient!

Photo courtesy of adam241180 on FreeImages.