What You Need to Know about Carbon Monoxide

How do you fight an enemy that you can’t see, smell, or touch? Worse, this enemy can also seep through cracks or wriggle under doors. And worse still, it can kill its victims—human and animal alike—so quickly that they don’t know what hit them.

We’re not talking about the antagonist of Hollywood’s newest monster flick. The previous paragraph is actually a description of carbon monoxide gas, a very real substance that kills an estimated 150 Americans per year and hospitalizes thousands more. Carbon monoxide (often abbreviated to “CO”) may not claim as many lives annually as heart disease or car accidents, but it’s still surprisingly deadly for how little attention it receives. After all, only about 30 Americans die annually from lightning strikes, but folks are typically much more concerned about thunderstorm safety than they are about poisonious gas safety!

Read on for more information on this toxic vapor, including how you can minimize your risk of harm: 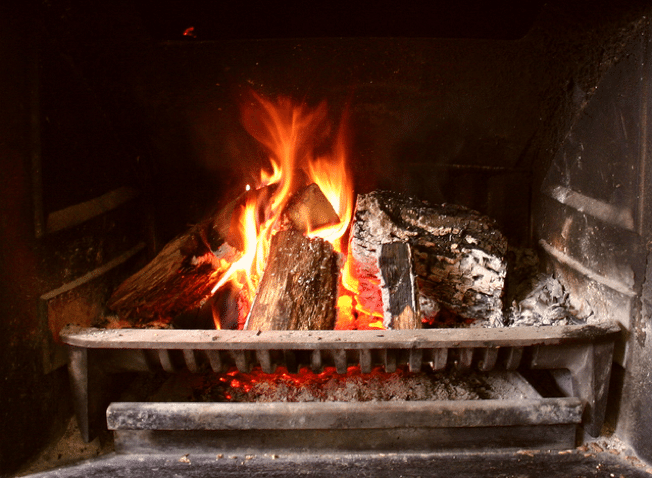 Carbon Monoxide is a by-product of combustible fuel sources.

When certain fuels, like coal, wood, charcoal, kerosene, propane, and natural gasses (including petroleum) are burned for energy or heat, they release carbon monoxide into the surrounding environment. If this scenario occurs in an open, outdoor area, then the gas is usually able to dissipate into the air without causing any serious damage. However, if CO accumulates in an enclosed area (e.g., a garage or a bedroom), it can easily poison anyone who continuously breathes it in.

When a CO buildup occurs inside of a building, it can often be traced back to blocked air vents or improperly installed (or poorly maintained) appliances. A damaged chimney can also be the culprit, which is just one reason why it’s extremely important to have your chimney inspected annually!

The effects of carbon monoxide inhalation can be severe or subtle.

Symptoms of acute CO poisoning include:

If you’re ever in an enclosed area and you start to feel any of the above symptoms, get out of there, and get some fresh air immediately! Do not try to find the source of the gas yourself; call 911 and let emergency personnel (who have access to protective gear and self-contained breathing devices) do it.

Now, it’s not unheard of for people to feel the effects of long-term, “minor” CO exposure and mistakenly believe that they’re simply coming down with the flu. And the two do share many symptoms, including headaches, dizziness, fatigue, and nausea. The major red flag to look out for, though, is a lack of a fever. If you have a fever accompanying the above symptoms, you may just have the flu. If you do not have a fever accompanying any of the above symptoms, you may be in the throes of a carbon monoxide emergency.

Carbon monoxide is hard to detect.

CO has been dubbed “The Invisible Killer” due to its stealthy nature. The gas is colorless and odorless, which means that humans usually don’t notice it until it starts to make them sick. And while the news does occasionally report on heartwarming tales of dogs and cats sensing danger and alerting their families, the sad reality is that pets are much more sensitive to carbon monoxide poisoning than humans—and thus are more likely to succumb to the gas themselves than save the day.

The only tried-and-true method of protecting yourself and your family from CO is with a commercially made carbon monoxide detector. These devices plug into wall outlets (or another source of power) and constantly monitor the nearby air for CO. If they detect dangerous levels of the gas, they let loose with a loud shriek that’s very difficult to ignore (or sleep through).

If your home does not currently have any carbon monoxide detectors installed, please obtain some ASAP. They can be purchased in most general stores (i.e., stores that have a housewares department) and online. They’re also fairly cheap; expect to pay between $20-$30 for a basic model. Be sure to follow the manufacturer’s recommendations on device placement and maintenance!

Not all smoke detectors will note the presence of carbon monoxide.

Don’t make the mistake of assuming that your smoke detector also works as a CO detector! While some models of smoke detector do have the capability to sense both gasses, not all of them do. Be especially wary if your smoke detector is an older model, as they’re less likely to do double-duty. When it comes time to switch out your smoke detectors (remember, they should be replaced every 10 years even if they still seem to be working just fine), look for units that specifically mention on their packaging that they can detect both smoke and CO.

Carbon monoxide doesn’t discriminate; exposure to the gas can be deadly regardless of your age, gender, general health, or lifestyle. And while you shouldn’t live your life in active fear of carbon monoxide, it’s a very real danger that must be taken seriously. So keep your appliances (including your chimney) in tip-top shape, install carbon monoxide detectors in your home if you haven’t already, and know the symptoms of CO poisoning. Chances are, you won’t be able to completely eliminate the risk of CO exposure in your home—but minimizing it may just save your life!