Be honest: what image comes to your mind when you hear the term “chimney sweep?”

If you’re like many people, your mental picture of a chimney sweep resembles Dick Van Dyke’s character in the Disney film Mary Poppins, or some kind of figure from a Charles Dickens novel. Well, it’s 2017, not 1917 or 1817, and like most occupations, chimney sweeping has “evolved” considerably in the last few centuries. For example… 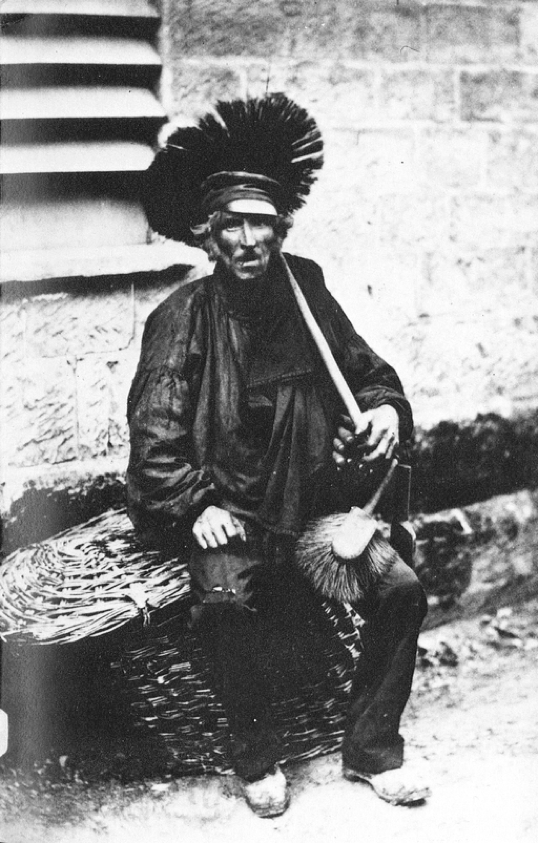 It’s Not for Kids

In the days before child labor laws, chimney sweeping was one of those jobs that was often performed by young children. Their small size made them just “perfect” for climbing up and down narrow chimneys.

Fortunately, that era is long behind us. When you hire a chimney sweep, the person who shows up for the job will be a fully-grown adult. And if, perchance, a kindergartener tumbles out of the company car and says that he’ll be the one to clean your chimney, then please call the police—the owner of that sweeping service has a lot of explaining to do!

Modern-day sweeps are more knowledgeable about the dangers of inhaling and handling the debris inside of a dirty chimney than they were in the 19th and early 20th centuries. As a result of this, they’re now much more careful about guarding themselves and homeowners against contact with toxic, flammable, and/or carcinogenic substances.

Chimney sweeps are typically “armed” with respirators, jumpsuits, goggles or heavy-duty glasses, gloves, knee pads, ear protection, and safety shoes that have soles well-suited for industrial work. The technicians have access to first aid kits, and most companies are strict about not storing their equipment—especially used equipment that hasn’t yet been cleaned—in the passenger areas of their vehicles. Finally, a proper chimney-sweeping job will include a thorough collection and cleaning of any messes made in the job site. The ultimate goal is to complete all tasks with as little risk to the sweep, the client, and any bystanders (including wildlife) as possible.

The Tools of the Trade are More High-Tech

As we’ve said before on this blog, chimney sweeps have specialized tools to aid them in their work. Interestingly enough, there’s one old-timey item that is still widely used today: the chimney brush, which essentially looks like a large, somewhat flattened bottle brush. The chimney brush is attached to a long rod or cord, and the sweep uses it to scrub the walls of the chimney and dislodge any soot, ash, and creosote clinging to the structure.

Beyond that, though, chimney sweeping technology very firmly has its feet in the 21st century: sweeps now use industrial vacuums to clean up dust and soot while (and after) they work, helping to keep the chimney and hearth areas (as well as their client’s living rooms) as clean as possible. And some even use specialized cameras and scopes to get a really good look at hard-to-reach nooks and crannies; this allows them to spot physical damage and other issues long before they become problems.

Unless you know one personally, then chances are, you don’t see chimney sweeps in their “work attire” very often—or at all. Thus, it’s understandable that some people are still a bit surprised when they make an appointment with a chimney sweep and the technician does not step out of their truck wearing a top hat and a tailcoat! Their profession has been around for a very long time, so it makes sense that modern-day sweeps use a combination of new resources and traditional techniques to complete their job.

And speaking of traditions: in Great Britain, superstition dictates that a bride who sees a chimney sweep on her wedding day will be blessed with good luck. At Chimney and Wildlife Specialists, we generally don’t “hire out” our sweeps for weddings. However, we can provide the wedding venue with an exquisitely cleaned chimney, and isn’t that a pretty good omen, as well?