How to Prepare for Snake Season

How to Prepare for Snake Season

“Nope Rope.” “Danger Noodle.” “Slither Spaghetti.” These cute-but-cautious nicknames help convey the mixed feelings that humans tend to have about snakes. Some folks are terrified of snakes, some folks find them fascinating and beautiful, but most of us can agree that we’d rather not get surprised by one while walking around outside!

During the summer months, snakes tend to be noticeably more active than they are at other times of the year, and that means that we’re more likely to run into them. Here are a few tips for “surviving” snake season: 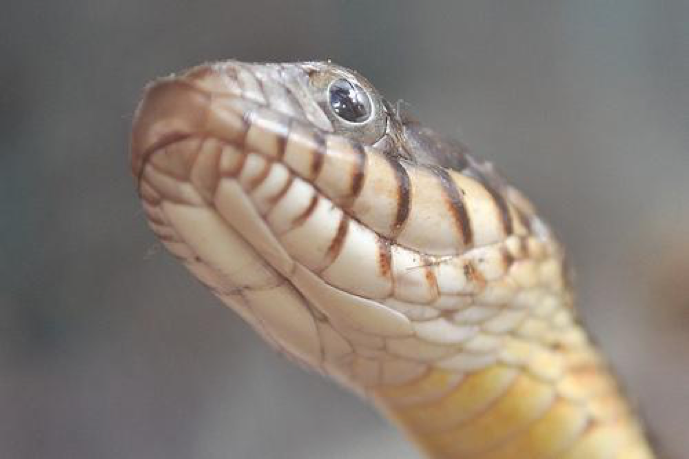 The good news is that, by and large, the snakes we have in North Texas aren’t nearly as aggressive as many people think they are. In most cases, snakes won’t bite unless provoked or threatened, and they’d much rather hide or slither away than try to take down a much larger creature. If one assumes a striking position, it’s more than likely trying to scare you away—the phrase “It’s more afraid of you than you are of it!” is really applicable, here. So, if you see a snake and you’re worried about being bitten, then simply freezing, backing away, or making a very wide arc around the critter will usually ensure a safe encounter for all parties involved.

Often times, when homeowners find snakes in their yard, they immediately assume that they have to kill it for their own protection. But that’s not always necessary or wise. First of all, snakes normally don’t “hang out” in human-populated areas unless they think they can get a meal out of it, so if you spot a slithery squatter in your grass, you either (1) already have a rodent/pest problem that the snake will happily help take care of, or (2) won’t have a snake in your yard for very long. Secondly, some snakes are considered protected species under Texas state law, so killing them without just cause (e.g., immediate threats to your family, pets, or livestock) can constitute a crime.

Now, the above paragraph applies only if you find the snake outside. If you find a snake indoors, you’ll want to have it evicted as soon as possible. While there are ways to safely handle wild snakes, we strongly recommend calling a professional to handle the problem!

The bad news is that there are, in fact, a few species of venomous snakes that are commonly found in North Texas. This blog post has detailed descriptions (and photos) of “the usual suspects,” but here’s a quick guide for those of you who are in a hurry—or just really, really don’t want to see pictures:

While it’s true that you’re unlikely to be bitten by a wild snake unless you’re actively trying to pick it up or antagonize it, accidents do sometimes occur. It is entirely possible to unintentionally “provoke” a snake into biting by stepping on it, lifting up the rock or log it’s lounging underneath or putting your hand too close to its hiding spot!

Because it can be tricky to positively identify wild snakes (especially when you’re in a post-bite haze), it’s usually much safer to assume that a snake is venomous than to assume it’s not. Thus, we strongly recommend treating snake bites like a medical emergency and seeking help immediately after exposure. Here’s a brief overview of what to do if you’re bitten by a snake; again, more detailed instructions can be found on our venomous snake blog post:

If you find a snake in your house, you shouldn’t hesitate to have it removed by a trained professional. But if you happen to encounter one while you’re taking a stroll through your neighborhood’s green belt? Our best advice is to live and let live. After all, you may be looking at your neighborhood’s resident mouse catcher!