At Chimney and Wildlife Specialists, we (obviously) spend quite a bit of time looking at chimneys. In fact, it’s pretty safe to say that we’re experts on the subject. So, with a great deal of confidence, we’d like to propose the following radical idea: contrary to popular belief, Santa Claus does not enter houses through their chimneys.

Yes, our theory flies in the face of everything we know about our dear Kris Kringle. We’re fully expecting to get some blowback on this. But if you look at the facts with an open mind, it’s pretty obvious that the chimney explanation just doesn’t make much sense. Here are three reasons why: 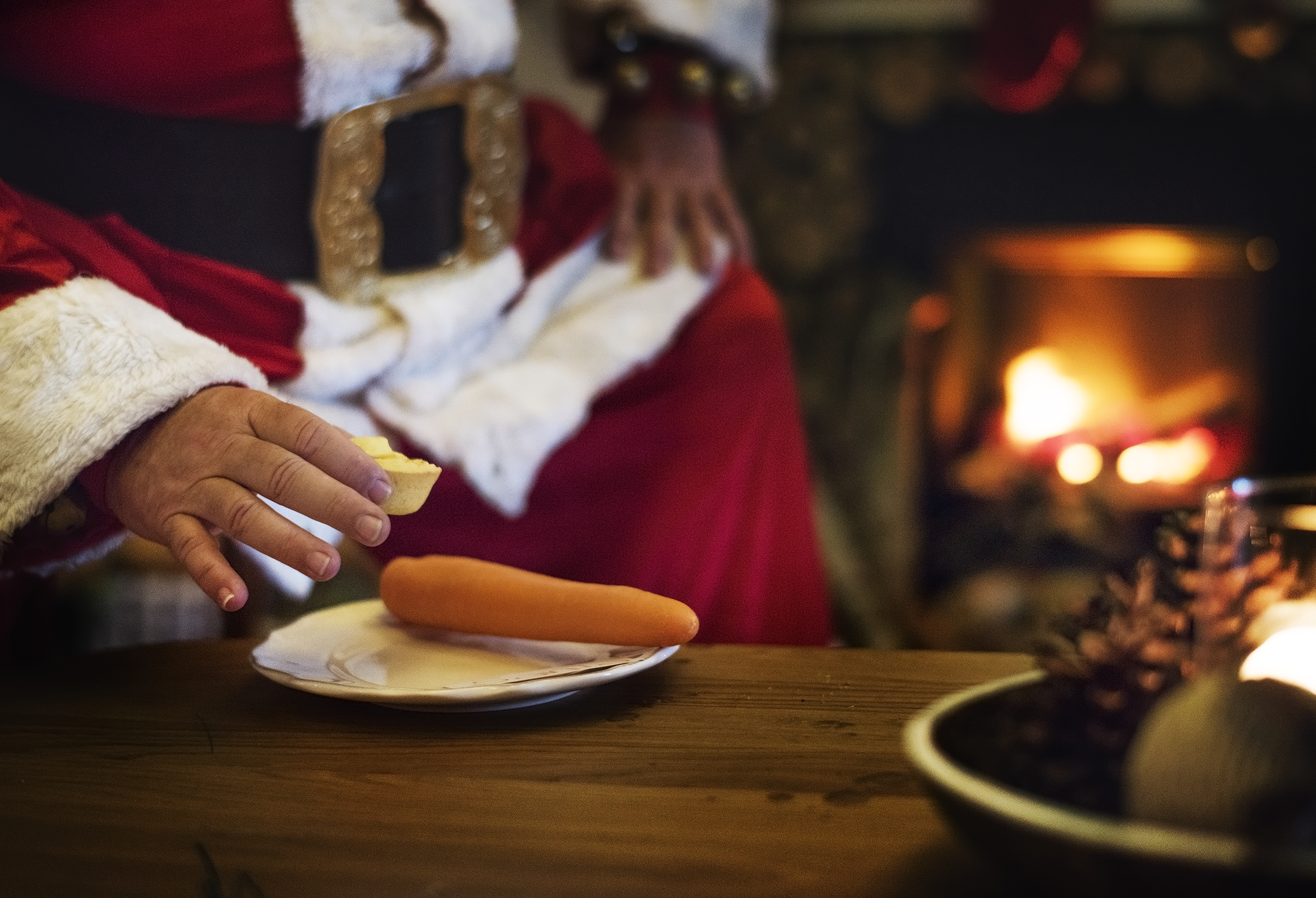 Walking Around on a Rooftop is Dangerous

Does anyone really know what Santa’s boots are made out of? They’re commonly depicted as shiny and black with a white lining, but what about material and construction? Do they have gripping soles? Are they, perhaps, equipped with spikes in the same way that human mountaineering boots are?

When licensed technicians climb up on a rooftop to inspect a chimney, they’re armed with safety equipment to help prevent accidental falls — and even the most experienced tech would probably still hesitate to climb up on an icy roof in the dead of night. Santa Claus is up there without any ropes or protective gear. It’s him and his boots versus gravity! Pair that with the fact that he’s an older gentleman (sources point to his birth date being sometime in the year 270 A.D.), and you can quickly see why this is an extremely hazardous situation for St. Nick to be in. Just ask Tim Allen’s character in The Santa Clause, who startled Santa into taking a nasty fall and was forced to replace him!

Santa safely parking his sleigh on the roof of a house and leaving his reindeer to their own devices for the duration of his visit is another matter. We won’t delve too deeply into that issue in this post, though, because flying reindeer are a little outside of our range of expertise. We can handle normal deer with no issue, but magical ones are a little trickier! Let’s just say, though, that deer are prey animals, so it would not be completely unrealistic for one of them to get antsy and accidentally cause a serious accident when it tried to flee. Whoops.

It’s Too Narrow (and Not a Straight-Shot Down)

By all accounts, Santa Claus is a large man. To quote Mrs. Claus in the 1964 Rudolph the Red-Nosed Reindeer TV special: “Whoever heard of a skinny Santa?” A big belly is crucial to his image as a jolly fat guy, but it’s one of the reasons that we have to doubt the idea of him traveling via the chimney.

We’ve said before on this blog that, back in the olden days, chimney sweeping was a job often performed by young children.  The reason for this is because chimneys flues tend to be pretty narrow—we’re talking less than two feet wide, here. Even petit adults would probably have trouble wriggling through a tunnel that small without getting stuck, and Santa is anything but petite!

Another thing to remember is that chimneys aren’t simply empty passageways that go straight up-and-down. The smoke shelf (which is located above the fireplace) juts outward to shrink the passageway even more, and the damper actually creates a physical barrier between the fireplace and the rest of the chimney. And hey, what if the chimney is equipped with a cap for its protection? The bottom line is that these structures aren’t pneumatic tubes—anyone trying to go down one would run into serious issues.

Climbing Up the Chimney Would be Difficult (or at Least Impractical)

People always talk about Santa entering houses through chimneys, but we tend to devote a little less thought to how Santa exits houses through chimneys. Does he climb? Jump really high? Get yanked back up via a rope attached to a harness in his suit? Clement Clarke Moore’s A Visit from St. Nicholas poem describes Santa rising up the chimney after “laying his finger aside of his nose,” suggesting that magic is involved somehow. But let’s look at the logistics of going up a chimney.

First of all, you would run into the same problems we described in the previous section: the narrow passageway and structure of modern chimneys would make it a very rough path to traverse. When you’re going upward, you have to fight gravity, as well, so that adds another layer of difficulty.

And then there’s one more pitfall. If you’ve ever been dragged across a floor by your arms or legs, you’ll know that friction tends to make clothes ball up; depending upon which direction you’re being pulled, you often wind up with the hem of your shirt at the back, or your neck (and your lower back exposed) or the waistline of your pants creeping downward. There’s no real polite way to put this, so we’ll just come out and say it: if Santa slides up chimneys, then there’s a very strong possibility that he has, at some point, lost his pants. Wearing his belt over his coat (instead of through the belt loops of his trousers) increases the likelihood of this happening. And when you’re trying to appear as some kind of authority figure (as Santa is for naughty children), you can’t risk that kind of wardrobe malfunction!

Parents, please tell your little ones the truth this year. Explain to them that, by all accounts, Santa Claus probably doesn’t use a house’s chimney as an entry point. He simply let himself in using a front, back, or side door like a normal person. The same magic that enables him to do spectacular things (like visit every house in the world in a single night, live forever and make his reindeer fly) allows him to easily unlock doors without setting off alarms and then lock the door behind him when he’s ready to leave. Magic also makes it possible to leave his sleigh (and reindeer) on the front lawns of targeted houses without leaving any tracks. The reindeer get to nibble on the grass while “Dad” is working, and Santa doesn’t have to risk his safety by clomping around on a roof at 4 a.m. Easy-peasy!

Now, Santa Claus using the door instead of the chimney is no excuse for neglecting proper chimney maintenance. If it’s been more than a year since the chimney was professionally cleaned, make an appointment to have this job done as soon as possible. Remember: fulfilling your responsibilities (and taking fireplace safety seriously) are two great ways to stay on St. Nick’s nice list year after year!