Why You Shouldn’t Attempt to Domesticate Wild Animals

Regular readers of this blog may recall that, a few weeks ago, we discussed what you should do if you find a nest of baby rabbits somewhere on your property. And in that post, we mentioned that you absolutely should not try to keep the rabbits as pets, even if you feel tempted to do so.

We didn’t really have a chance to explain why this is a bad idea, but it’s definitely a conversation worth having—especially as the weather gets warmer and people are statistically more likely to have run-ins with local wildlife. 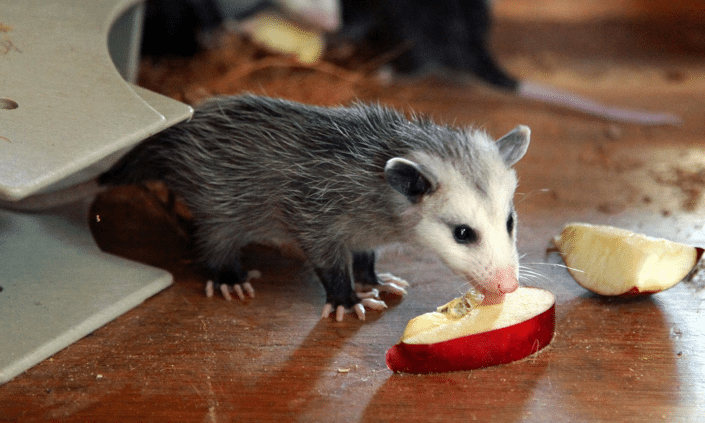 Here are four reasons why you shouldn’t try to domesticate wild animals. Keep them in mind the next time your child introduces you to a furry creature and asks hopefully, “Can we keep it?”

(1) You could find yourself in trouble with the law.

First and foremost, keeping a wild animal (like an opossum, raccoon, or bat) as a pet is actually illegal in Texas. Some folks are able to get permits in order to own animals for commercial or educational purposes, but those licenses are not intended for private citizens. Pair that with the fact that some seemingly common critters are actually considered “protected species,” and the situation becomes even more serious. While it might seem neat to have a pet hawk or raccoon, obtaining an exotic pet is not worth risking a hefty fine or jail time!

(2) A wild animal won’t be happy in your home (and may wreck your stuff).

The Internet is chock-full of “funny” videos that depict raccoons destroying human homes. We’re talking holes chewed in the drywall, containers of food spilled all over the floor, and upholstery torn to shreds. These messes seem almost malicious in their execution! Here’s the thing, though: in those videos, the raccoons are nearly always just doing what they would naturally do in the wild. Foraging for food, digging, exploring, and making dens are the kinds of things that all healthy raccoons do. These behaviors only become destructive when an animal does it inside of a house instead of in the woods.

Taking a wild animal out of its natural habitat won’t prevent it from doing activities normal for its species; a raccoon is still going to curiously examine every inch of its surroundings, and a skunk will still be nocturnal. Also, restricting an animal to a relatively small area (i.e., the inside of your home or in a cage) instead of allowing it to roam free can lead to chronic stress and boredom, which can in turn lead to more “bad” behavior. You may provide a bunch of climbing ledges for you opossum, but that’s no guarantee that she won’t break out of her cage and practice her parkour skills all over your apartment!

(3) Wild animals don’t really know how to co-exist with humans.

The general consensus among historians and scientists is that early humans first domesticated wolves at least 10,000 years ago. Thus, most of the dogs that humans interact with on a daily basis have at least ten millennia of careful breeding for temperament, size, and tameness separating them from their wild wolf “cousins.” Dogs (and, to a lesser extent, cats and other domesticated animals) only act the way they do around people because they’ve had hundreds of generations to become tame. Most wild animal species have not had this opportunity, so they don’t behave the same way that humans expect—and need—for pets to act.

That’s not to say that all wild animals are inherently dangerous. The vast majority of critters, after all, would happily go their entire lives without interacting with humans; avoiding us is a much more attractive option than trying to fight with us. And it’s not unheard of for humans to forge “friendships” (usually based on providing food and shelter) with wild animals that they’ve known for a long time. But when people “adopt” baby bears with the assumption that hand-rearing can override a full-grown bear’s true nature, the end result is nearly always unhealthy (and even hazardous) for everyone involved.

(4) There are better, safer ways to help animals.

Wild animals do not make good pets, but that doesn’t mean that you can’t interact with them at all. There are things you can do that are helpful, constructive, and beneficial to both humans and critters. For example:

There’s nothing inherently wrong with wanting an exotic pet; the world would be a very boring place if the only kinds of companion animals available were dogs, cats, fish, parakeets, and hamsters. However, welcoming a ferret or a bearded dragon indoors is very different from trying to tame a squirrel, a skunk, or a snapping turtle. Wild animals just aren’t meant to live in human homes, and forcing them to do so usually results in emotional turmoil or/or physical injury for both the humans and the critters. So do our four-legged friends a favor, and let them be free.

how to do a comparison essay.