Smoke Damage and Water Spots: How to Clean Up Chimney-Related Mishaps in Your Home

Question: “How are chimneys like children?”
Answer: “Both words start with a ‘chuh’ sound. Oh, and they both can totally wreck your house if you don’t watch them carefully.”

Please forgive the bad joke; it is relevant to today’s post. Chimneys are surprisingly complex structures, and when properly maintained, they typically function smoothly and safely. But if things do go wrong, the end result can be smoke damage, water damage, or even bird damage to your home. These messes need not be permanent, but it is crucial to know what you’re doing before you attempt to clean them up! 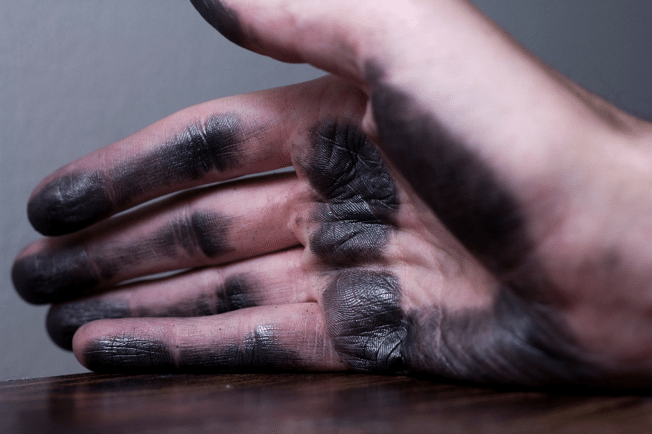 Before you even think about cleaning up after your chimney’s little “accident,” here are three things to keep in mind:

1.) The fireplace should be considered “out of order” until the problem is resolved…

First things first: if your chimney is acting up or you have reason to believe that something is amiss, then stop using it! Chimney issues tend to get worse the longer that they’re ignored, and you could inadvertently turn a minor mess into a total disaster by ignoring the problem in hopes that it’ll go away on its own. So investigate the matter as soon as humanly possible, and if you can’t determine the cause of the malfunction on your own, then hire a licensed, experienced chimney sweep to give the structure a full inspection.

2.) …and remember that you may just be seeing symptoms of a larger issue.

Random, unexplainable house damage may be a common trope in horror movies, but in real life, these things usually have a rational explanation…and if you don’t get to the root of the problem, your cleanup efforts will wind up being all for naught. For example, you can paint over water spots whenever they happen, but if you don’t figure out what’s causing the spots, then they’re just going to keep appearing. And if the perceived problem is just a byproduct of a more pressing matter (e.g., smoky buildup caused by improper ventilation), you could actually put yourself and your family in danger. Again, if you’re completely stumped by your chimney’s behavior, then a chimney sweep can help shine a light on the situation.

3.) Be realistic when assessing the damage.

It’s important to take a serious look at the mess and decide whether or not it’s really something that you want to try to clean up on your own. A tiny amount of soot on the hearth, after all, is a very different beast from smoke damage all over your living room walls. And one or two small water spots are easier to deal with than a spot the size of a beach ball and obvious structural damage to the wall or ceiling. Not everyone is big on DIY projects, and even those of us who are don’t always have the right tools and experience for the job! So if you’re not 100% certain that a task is within your skillset, there’s no shame in hiring a professional to take care of it for you.

Now that we’ve got those warnings out of the way, here are three types of damage associated with chimney issues, as well as tips for cleaning up each:

Soot and smoke stains can be extremely stubborn, so getting rid of them is going to require that you break out “the big guns.” Trisodium phosphate, or TSP, is the standard tool for accomplishing this task, but it’s worth mentioning that the stuff is extremely potent and thus pretty dangerous. Read the directions on the label for proper mixing and disposal, and wear protective clothing (which includes gloves and safety goggles) for the duration of the project.

Using a very large sponge, firmly scrub the affected areas with the TSP solution. Don’t use more cleanser than necessary, because once the mess is cleaned up, you’ll need to give the area a thorough rinse—and too much liquid can damage your drywall and baseboards. Depending upon the severity of the damage, the next step may be to prime and repaint the walls. Also, go ahead and change your AC filters; unless the situation that produced the smoke damage was extremely minimal, the poor filters have probably “absorbed” quite a bit of soot! 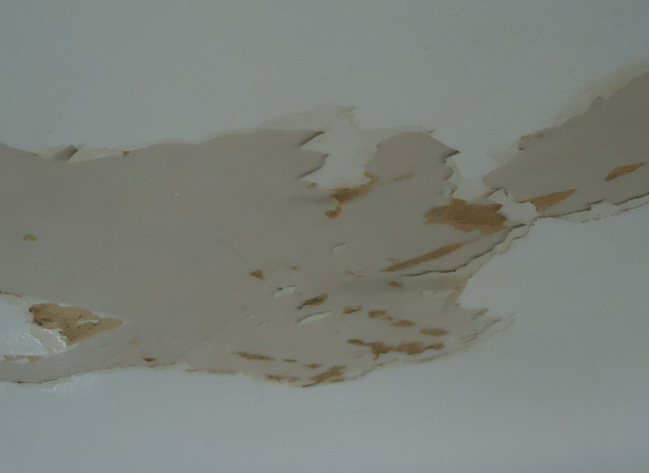 Depending upon the size and severity of the water spot (or spots), cleanup may be a major construction project or just a relatively quick fix. The main thing to remember is that water spots generally can’t be cleaned off of a surface in the same way that you’d scrub out a scuff mark or wipe away a patch of grime. They are, after all, a sign of damage, not dirtiness. So even if the walls (and other affected structures in your home) aren’t so trashed that they require replacing, you’ll probably still need to paint over the offending spot in order to “remove” it. Be sure to use a stain-blocking paint primer on the spot before you attempt to cover it, lest the stain bleed through once the paint is dry.

Unfortunately, when a bird makes a mess in your chimney, the average homeowner doesn’t have much recourse. It may be difficult or impossible to safely remove hatchlings, eggs, or fully-grown birds from the area, and attempting to do so may land you in legal trouble, anyway. Detaching vacated nests from inside the chimney can be tricky, and scrubbing away droppings may release dangerous bacteria (including histoplasmosis, candidiasis, cryptococcosis, and salmonellosis) into the air—or your home’s ventilation system.

It’s okay to pick up any twigs or feathers that you find in the fireplace itself, and those who are feeling extremely brave can don a protective respirator and attempt to eliminate bird poop stains with dish soap or a commercial brick cleaner. However, this is one task that may be best left to the professionals.

Cleaning up after chimney-related mishaps is no fun, and it can often be downright unsafe. If you do decide to undertake any of these projects yourself, please exercise caution! And if you start a project but abruptly realize that you’re in over your head, never forget that help is just a phone call away.