Unless you happen to own a pet bird, hearing tweeting, flapping, or even pecking sounds coming from inside your walls, attic, or chimney is generally cause for concern. While they may not seem as unsettling as rat problems or even squatting squirrels, bird infestations should be handled as soon as you’re aware of the problem, even if you’re not 100% sure what kind of bird you’re dealing with.

The good news is that, when it comes to nesting or settling inside of suburban houses, the culprits are usually smaller fowl instead of large birds of prey (e.g., hawks and eagles) or even owls. Here are four kinds of birds that we typically find when our clients request help with a chirping chimney: 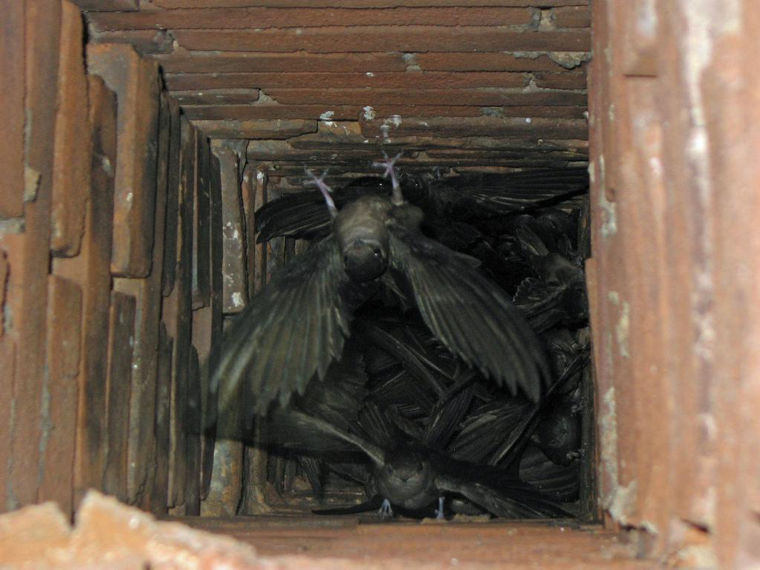 If you’ve been reading our blog for a while, you’re probably already familiar with chimney swifts—this post definitely isn’t the first time we’ve brought them up! For the uninitiated, though, chimney swifts are a type of swift that instinctively build their nests inside of tall, narrow spaces. In the distant past, they gravitated toward hollow trees, but as more and more rural areas have been cleared out and developed for human use, they’ve learned that the chimneys of man-made structures will suit their purposes pretty well, too. Chimney swifts aren’t the only birds with a penchant for “setting up shop” inside of chimneys, but as their name suggests, they’re one species that tend to do so frustratingly often. 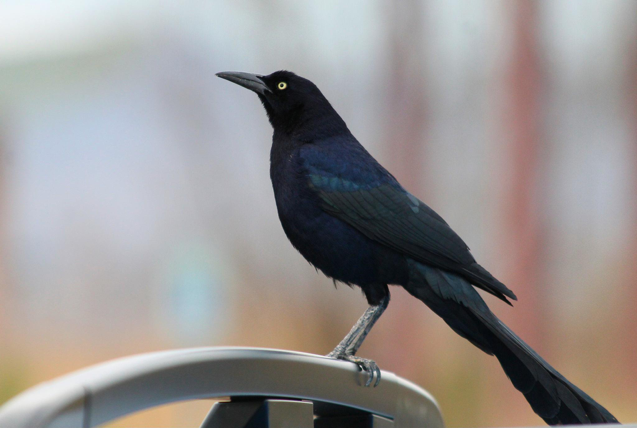 Grackles are sometimes mistaken for crows or blackbirds due to their dark plumage and long tails. However, on sunny days, the pitch-black feathers of adult male grackles exhibit an iridescent, dark blue or dark purple sheen. This unique color scheme, paired with their relatively loud voices and habit of traveling in large groups, make grackles controversial among avian enthusiasts; some folks think that they’re fascinating, and others think that they’re obnoxious. Regardless of how you feel about these birds, you probably won’t be able to escape grackles completely, because they’re just about everywhere. Visit any supermarket or fast food restaurant during daylight hours, and you’ll probably see at least a handful of these critters loitering around in the parking lot! 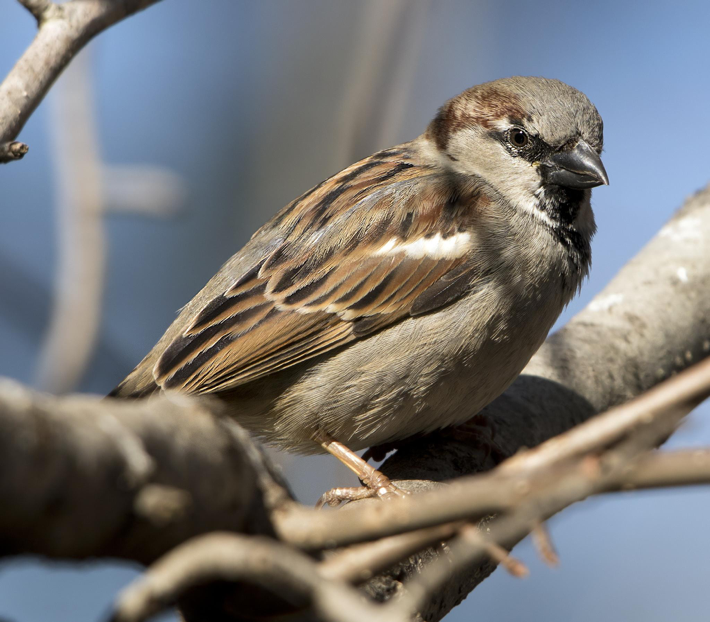 House sparrows are petit, brown-colored songbirds that are common in suburban backyards. If you’d like to attract sparrows for birdwatching purposes, simply putting out some wild bird food is usually sufficient; they’re not particularly picky and will enjoy the smaller morsels left behind by other songbirds. Despite their seemingly pleasant nature, though, sparrows can cause serious problems if they infiltrate your home in large numbers—and because they like to roost communally, large-scale sparrow infestations are more common than many homeowners realize. Also, their diminutive size allows them to squeeze through holes and openings that other birds can’t get through, meaning that keeping them out can be a bit tricky for someone with no special training or wildlife removal expertise. 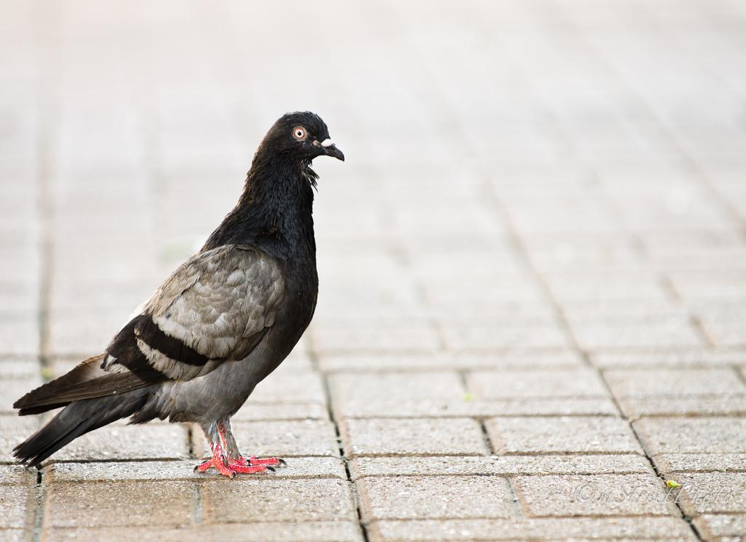 If you live in a large city, pigeons are a pretty common sight. In fact, many city-dwellers believe that pigeons are too common of a sight, as (like grackles) these birds tend to be nearly everywhere. While plenty of people genuinely like pigeons and will happily feed them wherever they gather, some particularly tenacious pigeons will “beg” for table scraps, and some will simply help themselves to any morsels left unguarded for more than a few seconds! Pigeons aren’t afraid to scavenge food from dumpsters or even manure piles, and their feces are notoriously acidic. Thus, when large numbers of pigeons relieve themselves on (or inside) man-made structures, they can create both physical damage and health hazards.

It’s worth mentioning that these four “usual suspects” are not the only wild birds in North Texas that are known to infiltrate human homes. Case in point: that time one of our technicians discovered a duck inside of a client’s chimney! Not all of us can identify a bird by simply hearing its call or catching a quick glimpse of its feathers, which is why it’s generally prudent to call an expert whenever you think you have a feathery, unwanted guest on your hands. Whether your avian intruder is as big as a hawk or as tiny as a sparrow, Chimney and Wildlife Specialists can help you reclaim your nest quickly and safely!