Wolfdogs & Savannah Cats – What You Should Know About “Hybrid” Pets

Longtime readers of this blog may recall that, a while back, we discussed the prospect of domesticating wild animals. More specifically, we explained why trying to domesticate wild animals is a terrible idea that will almost certainly end in hurt feelings, destruction of property, and/or bodily injury.

…But what about animals that are only “partially” wild? Do they make good pets? 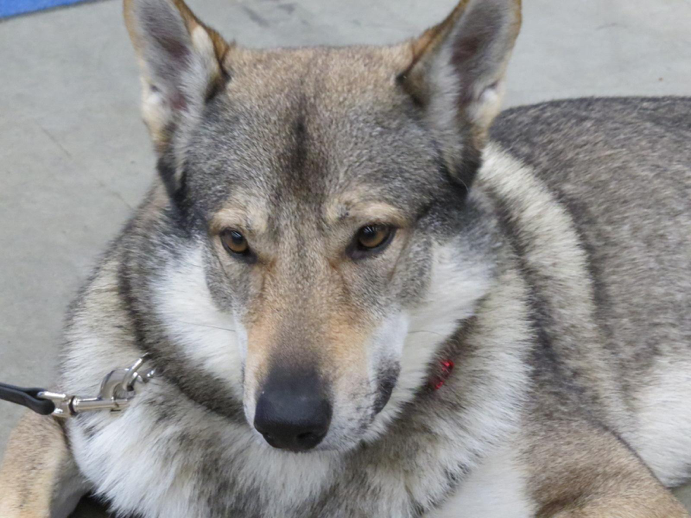 In recent years, more and more folks have grown interested in obtaining hybrid pets—that is, domesticated dogs that have been bred with wild dogs or house cats that have been bred with wild cats. The most popular types of hybrids are wolfdogs (which, as their name suggests, are a cross between a dog and a wolf) and Savannah cats (which are a cross between a cat and an African serval). Depending upon the animal’s parentage (as overseen by a human breeder), these hybrids can have a lot of wild DNA or just a small amount.

Many of us have, at one point or another, entertained fantasies of keeping wild animals as pets. And hybrids may seem like a simple, safe way to bring these visions to life. Before you get too excited about the prospect of owning a dog that’s part wolf or a cat that’s part serval, though, here are some things to consider:

Humans first started taming wolves about 10,000 years ago—perhaps even before then. This means that there’s at least 10 millennia of selective breeding that separates modern-day pooches from their wolf relatives. It’s a little harder to trace the lineage of cats, but anthropological records suggest that they’ve been hanging around with humans for about the same length of time. They weren’t “engineered” to perform specific tasks in the way that dogs were (which is why cat breeds aren’t as distinctly different as dog breeds), but humans valued them for companionship purposes, as well as their ability to catch rodents and other pests.

While wild wolves and servals do have a lot of the positive traits that humans have come to associate with dogs and cats, they also tend to come “hardwired” with a lot of the negative traits that we’ve made a conscious effort to breed out of our pets. For example, wolves are generally territorial, food aggressive, and completely uninterested in pleasing (or even spending quality time with) humans. Servals have a very strong prey drive, are curious and rambunctious to the point of being destructive, and have a propensity for fleeing from their homes/enclosures if they grow bored or sense danger. When you re-introduce “wild” DNA into a “tame” animal’s bloodline, you run the risk of turning back the clock on all of that selective breeding. Yes, you’ll have a dog that looks like a wolf…but he might instinctively attack your neighbor’s chickens like one, too.

In some areas, private citizens aren’t allowed to keep hybrid animals as pets.

It’s not uncommon for certain states and municipalities to have blanket bans on owning certain kinds of animals. Before you consider purchasing any kind of exotic pet, it’s essential that you research local laws—including city, county, and state. Also, if you rent your home or live in a subdivision overseen by a homeowners’ association, check your lease agreement or neighborhood bylaws: they may have rules about exotic pets, as well.

We realize that breed specific legislation is a very touchy subject for a lot of people, so please don’t take our warning as some kind of endorsement of such policies.

Vaccinating hybrid animals can be tricky.

Unfortunately, there is no USDA approved rabies vaccine for wolfdogs. When wolfdog owners bring their pet to their local veterinarian for annual shots, they’re often made to sign a waiver acknowledging that the rabies vaccine is being used “off-label,” and thus, there are no guarantees about its effectiveness or safety. And while the vaccine will almost certainly protect Fido against contracting the virus from another animal, if he bites someone (whether out of aggression or fear), it’s very likely that he’ll be treated as if he isn’t vaccinated at all.

Savannah cat enthusiasts don’t have to worry as much about vaccines, because Savannahs can—and should—receive the same annual or 36-month rabies shots that any other domesticated cat would. There’s a bit of a debate, though, among breeders and veterinarians about whether Savannahs need “killed” vaccines (in which the pathogens have been exterminated by heat or chemical means but can still cause the necessary immune-system reaction in the cat’s body) or “modified live” vaccines (in which the pathogens are technically still alive but have been modified to not cause a full-blown bout of the disease). If you have any concerns, don’t hesitate to bring the matter up with an exotic animal veterinarian; they’ll be able to offer you expert advice.

We strongly encourage people to do their research before they add a wolfdog or a Savannah cat to their household. Many folks who own hybrids care for them deeply, and many hybrid animals are well-behaved and well-trained.